You are here: Home / Lesson from the Media / Chevrolet – The Heartbeat of American Persuasion

Selling automobiles is a tooth and nail struggle, contested among dozens of global competitors, for a large portion of our shrinking wallets.  Buying a vehicle is one of the largest financial commitments most of us make.  Yet, like any other purchase, we buy cars and trucks for both rational and emotional reasons.  This is why some manufacturers boast about their safety record, and other manufacturers show beautiful people enjoying a fairy tale evening in the city. One specific manufacturer, Chevrolet, has raised the persuasive bar with their recent ad campaign.

Robert Cialdini first published his ground breaking book Influence: The Psychology of Persuasion in 1984 and over the ensuing 30 years it has become a foundational text for interrogators, negotiators, sales professionals and marketing teams.  With Influence, Cialdini outlines the six weapons of persuasion that we all fall victim to:

Like it or not, we are helpless when people unsuspectedly use these weapons against us.  Like it even less that we can also be helpless to these persuasive weapons even when we recognize them.

It appears Chevrolet’s marketing team carefully studied Dr. Cialdini’s work before rolling out their latest ad campaign.  You may have seen these commercials.  One depicts people hiding in a cage from a grizzly bear and another shows people believing their phones have been destroyed in a shredder.   Put your new knowledge to the test.  Take a look at each of the videos below and see if you can identify the persuasive weapons Chevrolet employed:

Video One:  The Grizzly Bear

Here’s the problem.  Ford has hit the market with an aluminum body pickup truck that is supposed to be very strong and very light, which helps address the ever increasing importance of fuel consumption.  If Chevrolet employs a strategy of directly attacking these aluminum trucks it may backfire and make it obvious that aluminum trucks are superior.  That strategy may also impact future sales of aluminum trucks Chevy produces. A better, and more persuasive, approach is to help the viewers convince themselves that a steel truck is better than an aluminum truck.  They accomplished this by employing social proof, authority, and consistency.

Listen to the specifics of the questions, “What is your perception of steel?” and, “When I say the word aluminum what is your perception of that?”  They don’t have structural engineers telling us that steel is a stronger alloy, they have truck guys telling us they “perceive” steel is stronger than aluminum.  This may be because aluminum is a strong and safe alloy that does create the advantages Ford advertises. When Chevrolet couldn’t use their preferred authority figures, they simply created the perception of another available authority figure.

Is that a bear?!  Wow, that was unexpected.  Now, as educated viewers we have some very important choices to consider.  Remember the guiding premise of this commercial; steel is stronger and safer than aluminum.  If we suppose for a moment that is true than either the bear is fake, the truck guys were instructed to go into the steel cage or Chevrolet was willing to make the significant gamble that the truck guys wouldn’t run into the aluminum cage and get killed by the bear.  Or, there could be another option. The bear is real, and both the aluminum and the steel cage are strong enough to save the truck guys from the bear so Chevrolet had nothing to worry about.  If this is the case, they shot down their own argument.

Chevy’s marketing team employed social proof by enlisting a group a real truck guys, turned them into authority figures by asking them how they perceived steel and aluminum, primed them to choose the steel cage by asking them about their perceptions of steel and aluminum first, and extend these weapons when the truck guys chose the steel cage.  They only introduce the steel truck, after the viewers have hopefully agreed with the tuck guys that steel is the better choice, to capitalize on the viewers need for consistency and the ensuing assumption that a steel truck must be better than an aluminum truck.

It can be difficult to differentiate one car from another in saturated market, especially if the standard price and performance indicators are relatively consistent with the competition. In these situations it becomes important to emphasize any differentiating factors the vehicle may have.  In this case, Chevrolet’s marketing team uses social proof, authority, liking, consistency, and scarcity.

Welcome back “real people.”  Note how they are different than the “real people” in the previous truck video.  These “real people” appear to fit the most likely demographics of the people who would buy a Chevrolet Cruz.  Once again this allows for potential customers to identify with the people in the commercial, trust their decisions and follow them.  Even more important in this commercial, it allows the viewers to feel the same emotions as the featured real people.

You shredded my phone!!  Ok, they really do have a point here, we all would likely feel lost without our phones.  This is a brilliant play by Chevrolet’s marketing team.  There is a really good chance that people watching this ad from the comfort of their own couch felt their hearts pounding, hands sweating, reached for their cell phones and thought, “I would die if that happened to me” or, “I would kill that guy if he did that to me.”

“How does it feel to not be connected?”  What a fantastic set up.  The easiest way to make someone feel that it is paramount to stay connected is to dramatically remove their connection with a tree shredder.  Of course they think being connected the most important thing in the world, they think you just shredded their phones!

The relief is palpable when they get their phones back.  More importantly, it makes the man leading the experiment likeable.  He didn’t actually destroy their phones, he faked it to make a point and he gave the phones back.  What a nice guy.  Now the real people like him more, and he has their full attention.

Now we are introduced to the Chevy Cruze with built in 4G LTE WiFi.  45 seconds ago built in WiFi probably would’ve sounded like an interesting luxury.  After being fooled into thinking their phones were fed through a shredder, the real people feel that built-in WiFi is more necessary than headlights.

This commercial used another group of “real people” to leverage social proof and create perceived authority figures and it leveraged our liking reflex when the nice man gave them their phones back.  Once the real people felt that being connected is more valuable than not being connected, they used consistency to extend that importance to purchasing a Chevy Cruz and implied scarcity because this is an option found in very few automobiles.

Kudos to Chevrolet and their marketing team for this ad campaign.  They did several things very well.  First, they attacked at least five of our automatic persuasive reflexes.  Second, they clearly understood the problems their brand was facing and specifically designed advertisements to attempt to spin the situation to their favor.  Third, they maximized the effects of juxtaposing the point they wanted to make with a previously exaggerated point.  And finally, they crafted a narrative experience that increased the perceived value of their vehicle’s awards and attributes.  They didn’t lead off with their best points.  They were patient. They manipulated us rationally and emotionally and only introduced their key points once they felt we were in a position to perceive the most value in those points.  Chevy’s marketing team set us up before they knocked us out.

All of these persuasive efforts leave us with one final question:  Did these commercials actually demonstrate how Chevrolet’s vehicles are inferior to the competition?  The answer could quite possibly be yes, especially with the truck commercial.

I am not a car or truck expert and I can’t tell you if you should buy a Chevrolet.  But, if you saw one of these commercials and jumped up to buy one, I can probably tell you why you did. 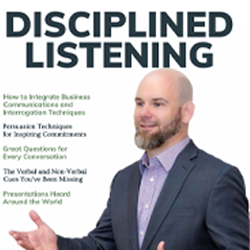 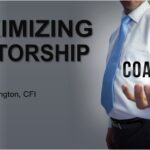 Heavy lies the crown. Success brings many rewards and many responsibilities. One of the greatest responsibilities your success bestows upon you is … END_OF_DOCUMENT_TOKEN_TO_BE_REPLACED 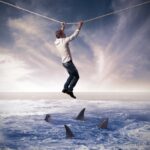 © 2021 InQuasive, Inc. All material  is, unless otherwise stated, the property of InQuasive, Inc. All rights reserved. Copyright and other intellectual property laws protect these materials. Reproduction or retransmission of the materials, in whole or in part, in any manner, for reasons other than personal use, is strictly prohibited without prior written permission of the copyright holder.